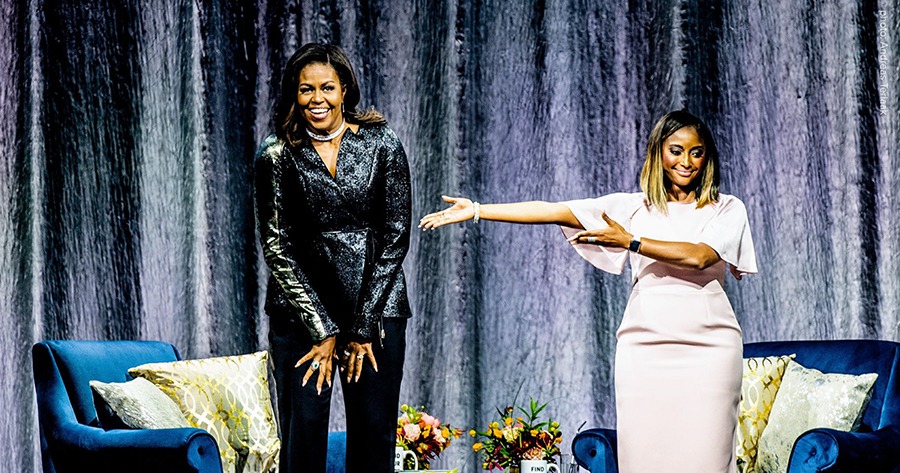 As I entered the Ziggo Dome, a piece of confetti fell on my lap: a residue of Drake’s performance the night before. Together with a diverse crowd of almost 17.000 people, I sat down between a group of 100 clients and colleagues of &samhoud to listen to an even bigger superstar. We had gathered to get inspiration from the former First Lady on ‘becoming’. As Michelle Obama entered the stage with ‘Girl on Fire’ playing, the crowd welcomed her with a standing ovation and a level of enthusiasm that you don’t often see in Dutch crowds. 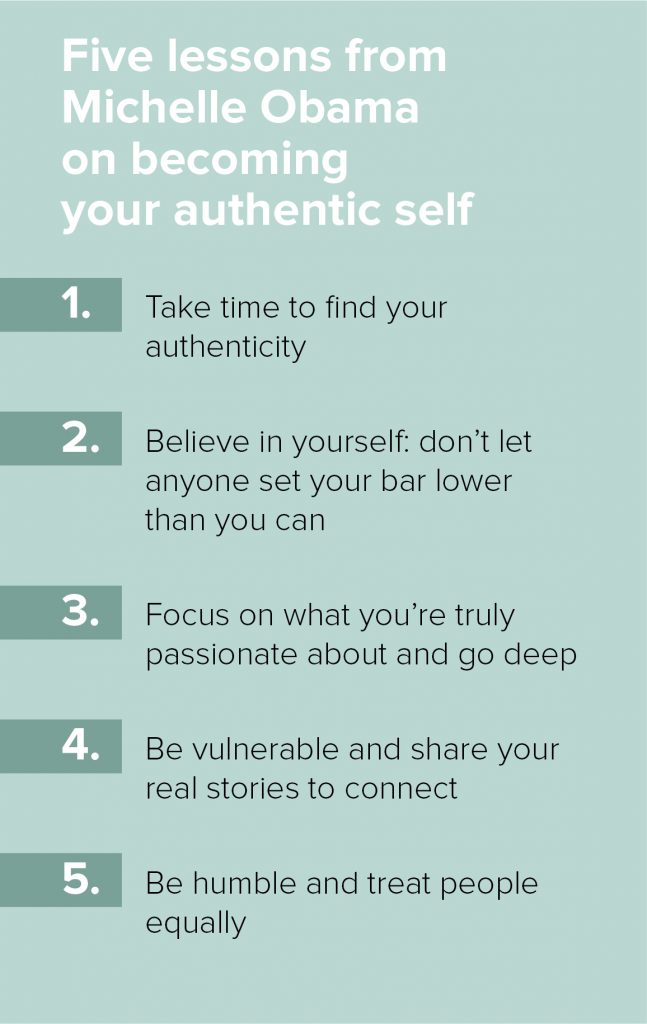 The evening was part of her promotional book tour and was called “an intimate conversation with Michelle Obama”. Despite the evening being large-scaled and the interview clearly being well-scripted and set-up, it really felt intimate. I think what made it intimate is that we were listening to a person being truly herself, openly discussing difficult and stigmatized topics, and speaking to the emotions of many marginalized individuals. I experienced Michelle Obama as a gifted storyteller, with a true power to inspire and connect. It touched me to witness so many people being inspired by her authenticity and wisdom.

Michelle Obama’s story encompasses various lessons. The following is a short account of what resonated most with my colleagues and me as most inspiring insights. The common threads of the evening? Authenticity and vulnerability: become who you are, own it, and share it.

1. Take time to find your authenticity 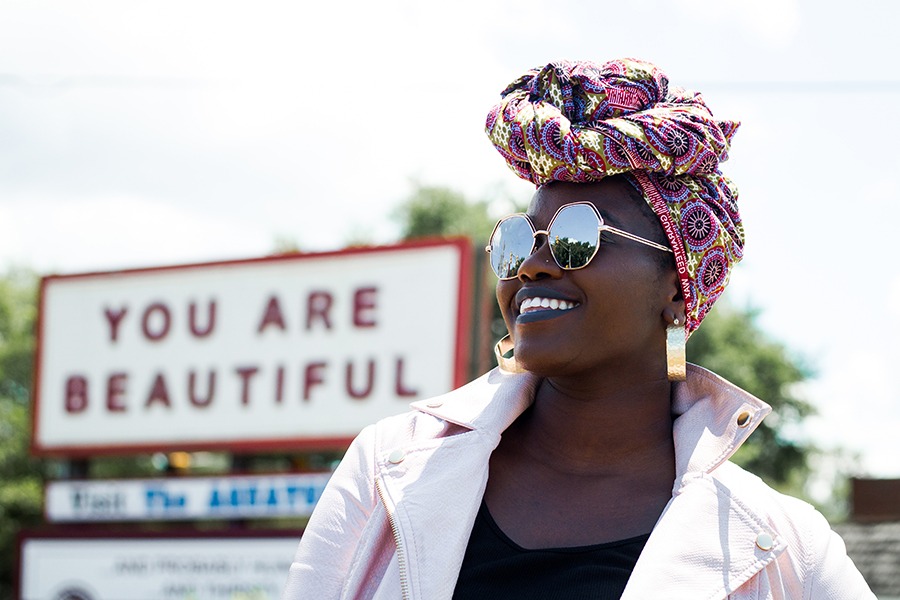 One of the most important lessons Obama teaches us, is to find out who you are and to live accordingly. Everyone should ‘find their own flame’, believe in their story and find their voice to share it. Obama learned from the Presidential Campaign that being her authentic self was the only way for her to sustain doing it and it was what made her credible as well. It helps to consciously take the time for this process of becoming. Only when she lost several loved ones, Obama started to think about who she was becoming. She had been busy with ‘ticking boxes off her checklist’ and she realized she was worth more than her achievements or successes like her job, Armani suit or corner office. The lesson from Obama’s story is to balance fulfilling your full potential with finding ‘your own flame’ and your authenticity as well.

2. Believe in yourself: don’t let anyone set your bar lower than you can 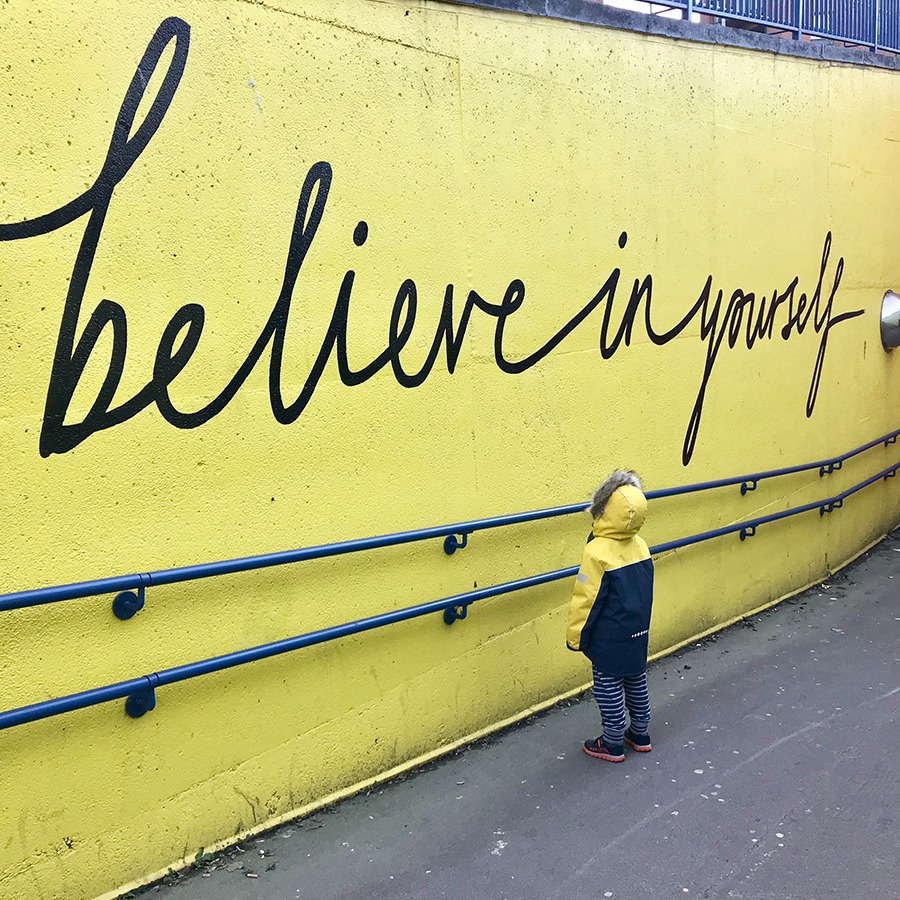 Obama experienced in her life that people – especially women of color – are often undervalued and stereotyped. There is something in our society about outspoken women or people of color that seems to make people uncomfortable, she says. Women and girls face many struggles and stereotypes when they find their story and their voice. It hurts when you’re underestimated, silenced and undervalued, she also states. Obama’s advice here is to never let anyone tell you that you can’t do something and to always believe in yourself. It is important to overcome your self-doubt for this as well: push past your fears and defeat the doubts and voices in your head. If you are faced with bullies, think of Obama’s motto: “when they go low, we go high”.

3. Focus on what you’re truly passionate about and go deep 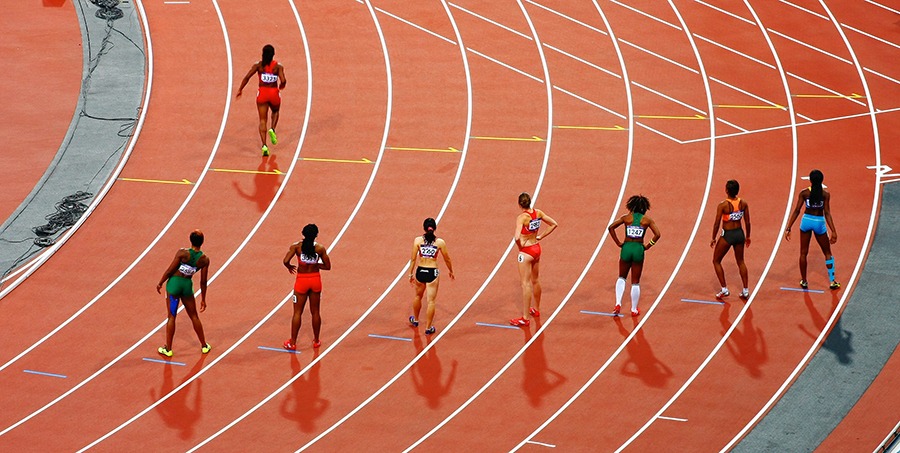 To make real impact, Obama’s advice is to focus on a few issues that you are truly passionate about. As First Lady, she realized she could not tackle all pressing issues she encountered. She could not do it all. She chose childhood obesity – a topic that both had her sympathy and complemented Barack’s agenda – as her focus to enlarge her impact. Obama’s lesson here is that following your flame, focusing and going deep, will not only give you personal satisfaction and joy, the impact you make will be much more profound as well.

4. Be vulnerable and share your real stories to connect 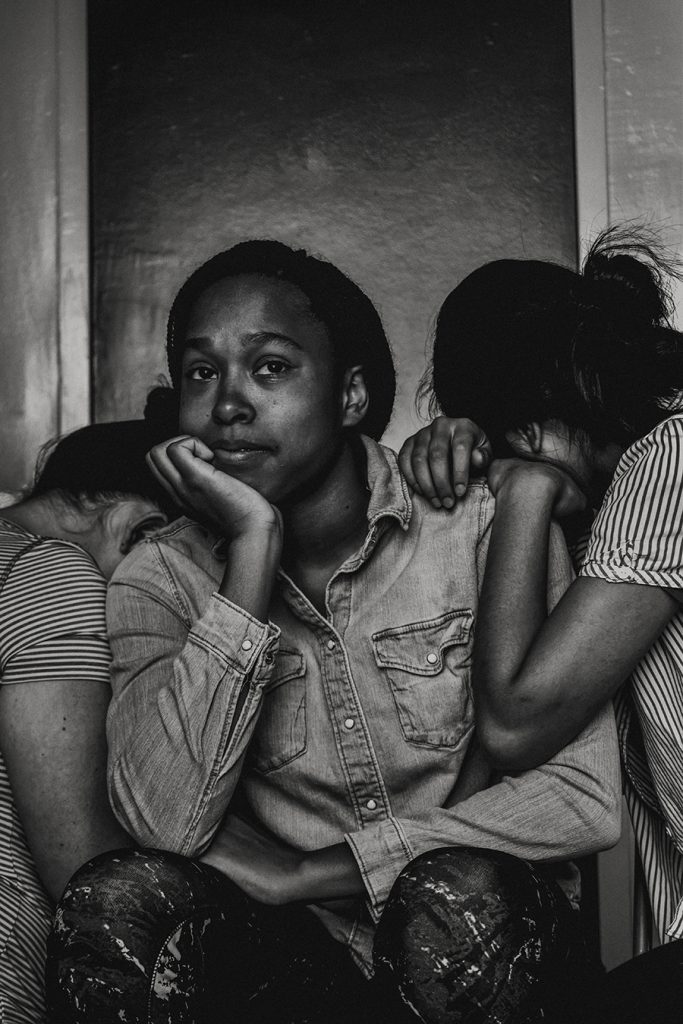 Through sharing her real story, Obama shows that vulnerability is a powerful force in how we connect with others. Don’t only share success stories, also open up and talk about what hurts, she encourages us. Life is not only about straight lines. Obama discloses the difficulties in her marriage with Barack, as this is also an important part of her real story. In sharing our stories, it is important to realize that there is ‘no one right way to be human’. Everyone’s unusualness and authenticity are worth sharing, Obama says. Especially marginalized people (often people of color and women) don’t hear their stories being told enough. Obama teaches us that there is strength in being vulnerable and sharing real stories: it makes us credible, it helps us to grow as humans and to find our voice, and it is a powerful tool to connect.

5. Be humble and treat people equally 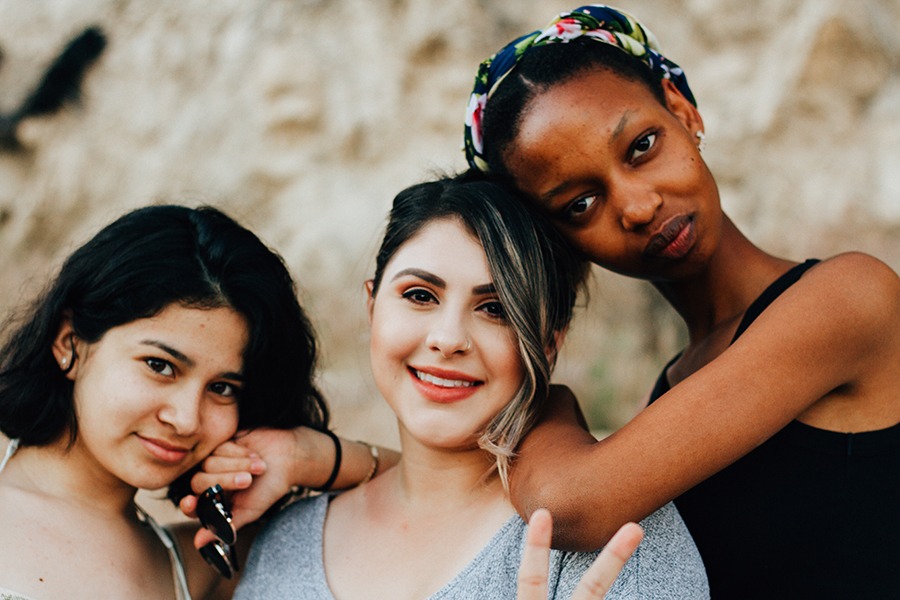 Everyone should be aware of the impact they have on other people. Obama for instance discusses how different people can impact the strength of a girl’s voice. Both female and male role models have an enormous impact on whether girls feel worthy or confident, whether they dare to speak up and whether they dare to follow their dreams. She talks about her father as positive example, who raised her and her brother Craig as equals. She was also inspired by the parenting style of her mother – who said: “I am raising adults, not babies” – and focused on raising her own daughters as self-sufficient people, even though they walked part of their path of becoming while they lived in the White House. Both in the private as well as in the workplace domain, it is important to realize that nobody is entitled to a certain job or position. My story could have been anyone’s story, Obama says. This part of Obama’s story teaches us to be humble and to treat people equally.

As I left the Ziggo Dome, I realized I had experienced the power of inspiration and connection in a pure form. Michelle Obama is a new type of authentic leader; one whose sense of responsibility goes much further than herself or her direct environment. Her final note was an encouragement to focus on optimism and hope. Looking back, this feeling was rooted in her story during the entire evening as well. Writing down these five most resonating lessons doesn’t come close to conveying the emotion of the evening to the extent that you could taste it in the Ziggo Dome air. Hopefully these lessons from Michelle Obama do provide you with inspiration to find and believe in your story and to take the next step in your becoming.

Want to read more about finding your authenticity? Read the book ‘you are who you become’ for a framework and practical exercises to developing your own personal vision.